Well, what an amazing day we all had!

First, we wandered around the Diglis Basin and looked at the narrow boats. After that, we studied the locks and chatted about why they were needed and how they worked. Following this, we walked along the River bank until we came to the 'Flood wall' where it showed us how high the water has spilled over the River banks. Last year was one of the highest! We then continued to stroll along the River looking at its many features and all the swans. Eventually, we sat down and had a well earned rest.

Once we had finished our lunch we went to the University Arena and took our seats ready for the match. The wheelchair basketball match was really exciting and Great Britain beat Japan by about 10 points.

Finally, we met four of the GB men's team players who autographed our clappers.

Well done to you all, your behaviour and enthusiasm was great plus you remembered what you had learnt about how to keep SAFE (Stay Away From the Edge!) by the water.

We had a fantastic day on Friday 5th June when The Canal and Rivers Explorers came to visit Year 3 and 4.

Here is a letter written by Harry W. This shows the activities that they did and which part of the day he enjoyed the most.

I am writing this to you because I loved it when you came to St Matthias School.

Wooden factory’s that they were actually in Stour port.

I liked learning about water safety and if you fall in a River. I thought it was interesting when we were talking about saving lives. When Harry was in the water and we had to get him out with a water Bottle and a football. I think everybody liked it so much.

Severn and that clay hold’s water and they have mini boats to go through the small Canals also looking at delivering coal to the factory.

All of our Thank you letters are in the children's blogs along with a reply from the Canal Team.

We have been writing myths in Year 3. Have a read of this fabulous one, written by Sam.

Long, long a go there was a slivery, slivery python.  He was selfish and very slow.  No one else had fire, fire was his alone!

Up in a tree, lived a cunning monkey.  He knew that everyone should be able to have fire.  Everyday snake just laughed.  “People need to light and to cook food,” pleaded the monkey.  “I don’t care, it can stay cold and dark,” hissed snake slivering back to a nearby rock to play with his fire.  Fire should be shared equally thought monkey, swinging through the trees to think of a plan.

A few weeks passed.  Monkey had thought of a great plan.  Staring at the snake watching and waiting and waiting and watching until one night when snake was asleep, monkey swooped down and snatched the fire as fast as a bullet train and monkey said, “Nananana!”  snake said “Hey you!”

“Everybody will have fire!” he said as he swung happily swinging through the vines putting fire in every heart of every tree.  From that day on humans could make fire using wood, they could use fire to keep warm and see in the dark.

And from that day on, snake lived in the cold damp jungle floor and he still hisses, “It’s mine!” if anybody comes near him.  Snake scared them away.

As for monkey, he is still quick and clever. 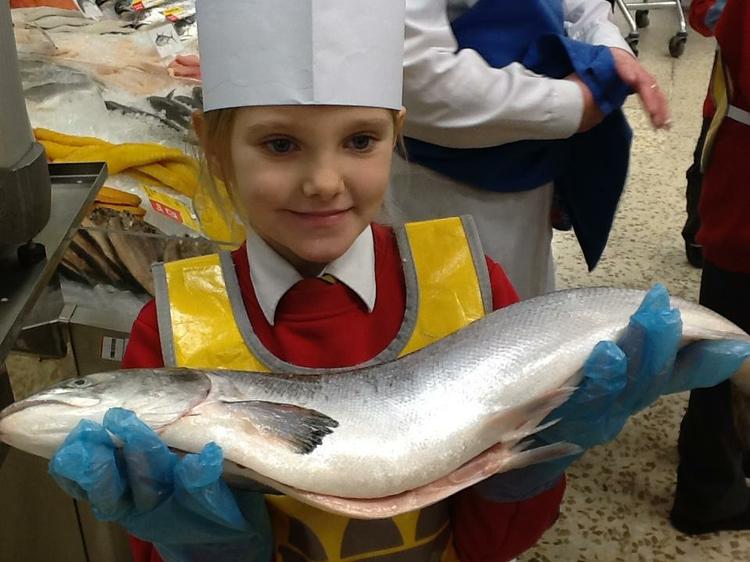 Time seems to be flying by and already we are in the Spring Term.   This term Year 3 will be learning through the topic of "Food Glorious  Food!"

We will be exploring where our food comes from, how it grows, what is healthy for us to eat and be creating our own class meal that we will invite our parents to!

DATES FOR YOUR DIARY

Year 3 and The History Man!

Can you spend 10 minutes a day practising your mental maths at home?

Click on the link below to read our Curriculum Newsletter.